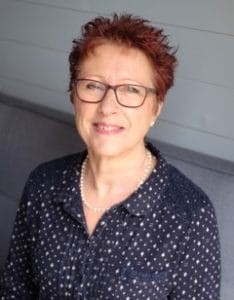 Sarah is one of Britain’s most respected and versatile sopranos. After studying at The Guildhall School of Music & Drama she spent five years in the BBC Singers before embarking on a solo career. She developed a wide repertoire and had a keen interest in contemporary classical music. This led to appearances all over the world in major concert halls, opera houses and music festivals singing many works by leading composers including Birtwistle, Lachenmann, Ligeti, Boilez, Dusapin, Jonathan Harvey, Joe Cutler, Michael Nyman and John Harle.

Sarah has sung with several chamber ensembles singing many Music Theatre and concert pieces.  She toured extensively with The Hilliard Ensemble, singing and recording the music of Arvo Pärt, and sang with The Michael Nyman Band for over fifteen years.

Her 35 plus CD recordings include a recital series of English Song with Malcolm Martineau, works by Varèse with Chailly and the Concertgebouw Orchestra, Ligeti’s Aventures, Nouvelle Aventures with the Schoenberg Ensemble and a new song cycle by Joe Cutler, In Praise of Dreams, with Stephen Gutman, piano. She has recorded several CD’s with composer John Harle including Silencium, the titles music of the long running BBC Series Silent Witness.

Sarah has given many song recitals throughout the UK, including several in the BMIC’s Cutting Edge series, many at the Poole Lighthouse Centre for the Arts, and for the last ten years at Benslow Music’s annual Summer Festival with Stephen Gutman.

In 2013 Hull University awarded Sarah Leonard a Degree of Doctor of Music, honoris causa for her services to music.

In 2015 Sarah was elected the Chairman of the Association of English Singers and Speakers.