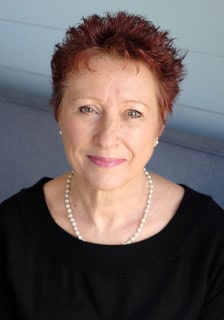 Sarah Leonard’s unique voice and unrivaled musicianship have led to a varied and distinguished career spanning four decades.  From her early beginnings in the BBC Singers, and a busy London session and consort singer, her career developed into a world respected champion of contemporary classical music. She has given many world premieres of operas, concert works and songs, and worked with some of the leading conductors and composers of the 20th & 21st centuries. Sarah also loves British and American song and has many recordings of English Song in her 35 + discography. She is also known for being the soaring voice in the title music of the long-running BBC series Silent Witness. Along the way there have been many oratorio and song recital performances, and these continue to the present day.

Alongside her performing career Sarah has developed a passion for teaching singing and continues to expand her knowledge in all the necessary areas to  enable her students to reach their highest performing potential.

Sarah is much in demand as a private singing teacher in her London Studio, teaching both professional and amateur singers. She also teaches on the Musical Theatre BA Acting Course at Royal Central School of Speech & Drama and gives very popular residential courses at Benslow Music in Hertfordshire and Jackdaws in Somerset.